We recorded approximately 61 species, most of them in the targeted taxa, during this short trip: Taxa – Insects, Herptiles and Birds. Thanks to all the participants and the hard working President and Program Manager of the RRWA, Marian and Clea. 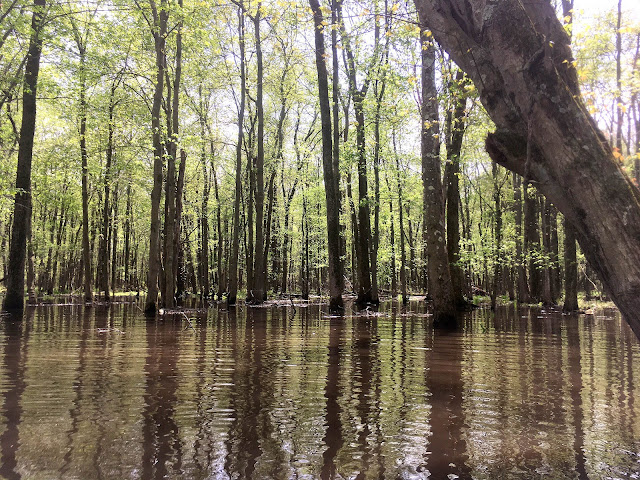 The Ash Brook is a small low-lying area surrounded by residential development in Scotch Plains, NJ, Union County. As run off has increased due to continued human development there has been a successional expansion of the central, open canopied wetland, accompanied by an increase in dead and dying trees. The relative young forest has become seasonally flooded favoring obligate or faculative, wetland tree species. 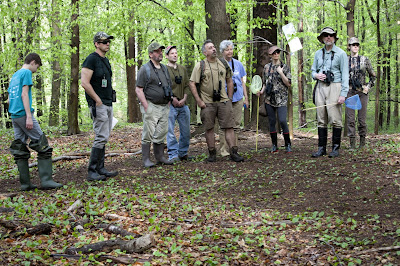 These conditions have produced the greatest concentration of standing dead wood in the county; it is the woodpecker and cavity nesting capital of the watershed. Subsequently over one third of the bird species recorded on this day were cavity nesters, ranging from Tree Swallows, Black-capped Chickadees, Hairy Woodpeckers, Pileated Woodpeckers to  Great Crested Flycatchers.

Jeff Jotz and Fred Virrazzi also started to expand our research focus on turtles of the watershed with needed help from PSEG.  Together we designed, built and tested 3 traps catching our first turtle, a common Painted Turtle, after a 40 hour set. Rains caused us to place the traps in suboptimal areas. 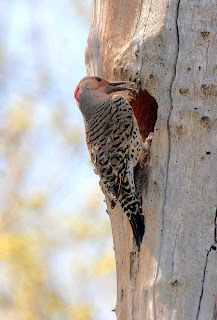 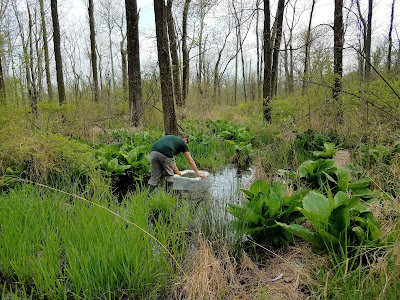 We plan on scientifically sampling various freshwater habitats to confirm target species presence and then research and propose needed management actions. There are a few species of state listed Endangered , Threatened and Special Concern turtles that have historical records at Ash Brook and within the Rahway River Watershed. We are cautiously hopeful that at least one of the following species will be “rediscovered”– Wood Turtle, Spotted Turtle or Bog Turtle. 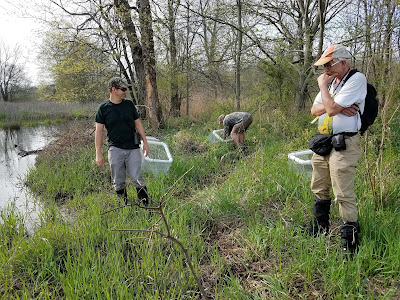 We also plan to continue our decades long study of the Diamondback Terrapin on the lower Rahway River. Recently our zoologist shed some light on why there were so few, large, mature females being found during multiple, comprehensive surveys on the river.  Approximately 28 large females (photographed) were finally found basking at one location in a secluded part of the river.

On this day at Ash Brook we hiked a northern  trail through mostly, forested wetland habitat bordered by dead trees.  We gradually recorded the following species. 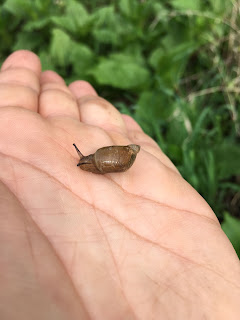 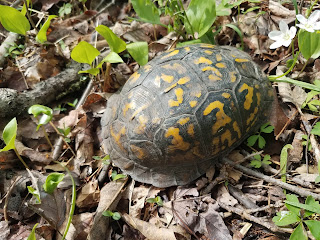 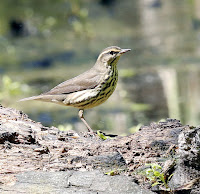 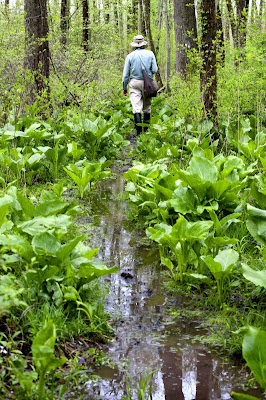