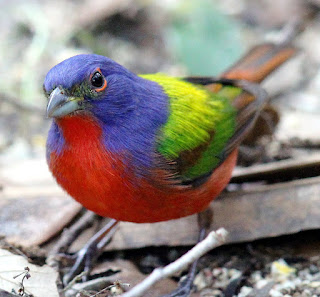 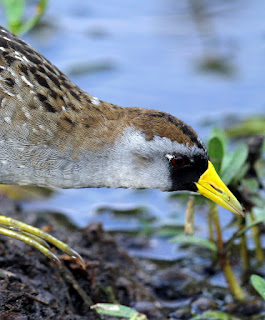 This was a quickly planned expedition spurred by the presence of two unusual bird species for the North American ABA (American Birding Association) area. Zenaida Dove and Black-faced Grassquit, both Antillean species, were amazingly being seen in the same park on one Florida Key. Many dedicated and vagile birders have never seen either of these species in North America; vagrancy here is rare and often short-lived.
﻿﻿﻿ 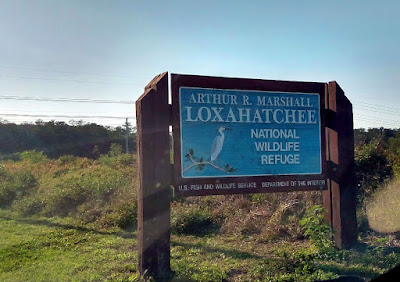 Coincidentally friends and wildlife enthusiasts Anna (AJ), Cary and Dennis were on the west coast of Florida so flights into Fort Myers and out of Fort Lauderdale seemed a strategic way to again visit the famous Ding Darling NWR, Big Cypress National Preserve, Fakahatchee Strand, the Keys and other biodiversity hot spots in S. Florida.
Thanks go out to them and our friends at the fine refreshment emporium The Smiling Dog, Fort Myers. After convincing my confused brain that I had not ‘misplaced’ my credit card on their floor they were kind enough to let me eat everyones bowls of popcorn and agree (I think) to contact me on the alleged whereabouts of any rare fauna they see or hear rumors about in FL. 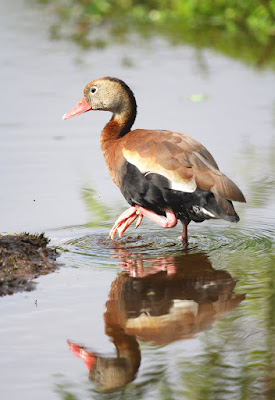 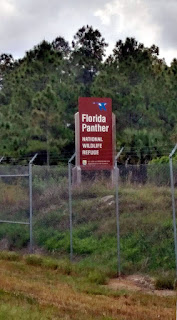 Note potential bad news from continuing visits to southern Florida. The Ivory-billed Woodpecker may likely be extirpated in at least the southern 1/3 of peninsular FL. This from personal field studies, surveys and conversations with seasoned, experienced field biologists and outdoor business owners in S FL, Fakahatchee Strand and Big Cypress Preserve (the latter two are 800,000 acres plus).

The Big Cypress ecosystem was thought to support several birds in the ’30s according to James Tanner. This area was one of only a handful where the ‘Lord God Bird’ still nervously scaled bark for insects and roamed the tree tops for nuts, fruits and berries. Unfortunately it was heavily logged soon after his thesis work; the only possible recent sighting I have uncovered in S FL during conversations with several locals was a bird in flight by biologist Mike Owens, circa 2000, in the southern area of the Fakahatchee Strand Preserve.

On this survey I spent additional days, as I have in the past, in the two preserved wildernesses that once supported the Ivory-billed. Today the sub-tropical habitat has regionally and globally important populations of flora and fauna ranging from 44 species of orchids to Red-cockaded Woodpeckers, Wood Storks, Swallow-tailed Kites and Florida Panthers (cougars). On a fact finding mission for thirty years about the rare animals of the region I continued my often productive habit of talking to locals about exciting fauna. This time I noticed the Big Cypress Preserve visitor center; a helpful federal employee directed me 500 yards away to an adjacent complex where a senior preserve biologist might be able to help.

Although disappointed by her truthful answer about the presence or absence of the Ivory-billed in the area I was satisfied to be speaking with an actual field scientist. Her office mimiced my closets and den—-strewn across 200 square feet of the floor were camo gear, traps, various nets, game cams, clip boards, data sheets, books, etc.

The preserve’s research and management on the protected Red-cockaded Woodpecker meant she was keen to observe tree roosts and excavations; she has only found the larger, putative Ivory-billed indications on fallen tree boles that likely stood many, many decades ago.

She had not seen any Ivory-billeds and when asked if she had heard about any reports in the last few decades she instantaneously mentioned only the same circa 2000 sighting by Owens I had uncovered. She had “told Cornell the same thing when their team came through years ago.”

I asked about the recent fires in the preserve that were noted at Ivory Bills Live by Cyberthrush. These were not crown fires and tree mortality will be low; indeed for two days I checked for recent senescent trees were the fires had been and saw very few.

Anecdotally several hundred dead snags and dying/stressed trees were checked in the last three trips to the preserve and I saw no suspicious work.

A double knock survey of mine that acoustically covered a small but central fraction of the Fakahathchee Stand was negative.

Talking to her at length made it obvious that the controversy over the veracity of the 2004 report including the video tape of a flying Ivory-bill causes at least some busy and productive scientists to understandably lose track of all the plot twists in just that one chapter of the stack of books on the “Good God” bird.

The fact that discord exists over any extraordinary claim in itself makes a certain large percentage of people and scientists shy away from unequivocal support of a claim. Couple human nature to doubt something spectacular but unseen by themselves, with the spare time, dedication and knowledge to really examine the recent field data/videos on Ivory-billeds and you are left with understandable scepticism.

After a very long day I finally pulled into the trail head at Long Key State Park. As my camera gear was loaded on the only person in the FL keys wearing cordoroys was noticed …….oh, another birder for sure. Now the person was eyeing me up a bit too intently. Soon we realized that Eric and I had been on one of the many World Series of Birding teams together and the great times slowly came back to us……but not until the uneasiness of a potential rarity being within our grasp was vanquished…or a devastating dip was thrust at us.

Soon we were at the alleged area that a lost Zenaida Dove likes. But there is no bird…..and double but…….this is the right area only according  to one of us. What ensued could only manifest itself  between one native New Yorker and an equally right, at the least, native New Jerseyite.
After that was settled it was realized Eric had only a few daylight hours to get this bird before his return for a meeting in NY was demanded. His odd priorities were scoffed at; the cordoroys were only a pretense.  And he still needed to uncover the even more elusive grassquit.
We paced on the hungry sand fly infested trail for an hour….dehyrated, tired and wearing sandals and shorts I caught myself bizarely wishing I had brought my cordoroys then rejoicing that
none existed in my house.
Deciding to go look for the grassquit a mile away; we exchanged numbers and split the forces. While hiking out the thoughts of a dove was blending with mine..where would that bird be a few hours before roosting?
As the branches of the stunted, salt tolerant trees were being hopelessly scanned along the path an anomaly seemlessly caught my eye. After a few paces I stopped for some reason….was that a bird about the size of a dove? No its too cliche after deciding to leave and Eric getting a bit concerned about the game clock.  Binning the clump it was a dove. And it looks a bit off for Mourning Dove!
Should I shout out to Eric, call him or take a picture? The picture was taken and  Eric was called about the same time. We observed it over the next 15 minutes; we then tried unsuccessfully for the grassquit over the last  hour of sun.
The Zenaida Dove breeds throughout the Caribbean. It was reported by John James Audubon to breed in the Florida Keys, but there are no modern records of breeding only rare vagrancy.  Zenaida Dove has been very scarce in recent years in the NA ABA area. It’s very similar to the common Mourning Dove so it may be more common in Florida than records suggest although it is still very rare. All handful of ABA Area records are all from the Florida Keys although a bird from coastal Georgia in 2005 may have been a Zenaida Dove. The last record came in the summer of 2009, and before that 2002.
This bird is found in a variety of open and semi-open habitats. Its mournful cooOOoo-coo-coo-coo call is similar to the call of a mourning dove, but faster paced.