Home
|
Uncategorized
|
What!? A Highway Through the Serengeti?
January 4, 2011 by FAV Uncategorized
0
A controversial road that would cut across one of the most spectacular ecosystems and global biodiversity depositories, the Serengeti Plains in Tanzania, may soon receive approval.

A sample letter for your use is at the end of this article.

If the road is completed in its planned location it would connect western, inland areas, with coastal ports and bisect thousands of acres of pristine African savanna. It would slice directly through the traditional migration route of more than 2 million wildebeest, zebra, gazelles, giraffes, elephants and the cheetahs, leopards and lions that depend on it.

These inland areas possess deposits of rare earth metals which are in short supply and are needed for various items like cell phones.  China recently announced it would decrease export flow of these metals to supply its own growing industries and this may be an already successful attempt to drive up metal prices.

﻿
A highway will subject many species to roadkill pressure, poaching, disruption of the migration and the inevitable supporting development, such as gas stations, food marts, souvenir shops, residential space, etc.
﻿

﻿﻿Tanzania is a poor country but there is an alternate route (see link, below).  Tanzania has had an excellent environmental stewardship record; so these plans are a bit shocking.  On our visit we saw Chinese government officials inspecting road improvement projects.

The connection between manufacturers’ urgent need for rare earth metals, China’s recent announcement to reduce metal exports and their active investment in roads in Tanzania makes me realize what has occurred to produce this destructive plan.

Since we all contribute to the world demand for metals we should try and mitigate our impacts, SO:

Please call, email and/or write the Tanzanian embassy and advise them you are vehemently opposed to a highway through the world’s greatest biological masterpiece.  At the end of this article is a base letter for your customizable use.   Email finished letter to

Link to map of area and alternate route:

We went on a biodiversity study in this exact area and it is beyond comparison.  Here is a small part of what we saw.
﻿ 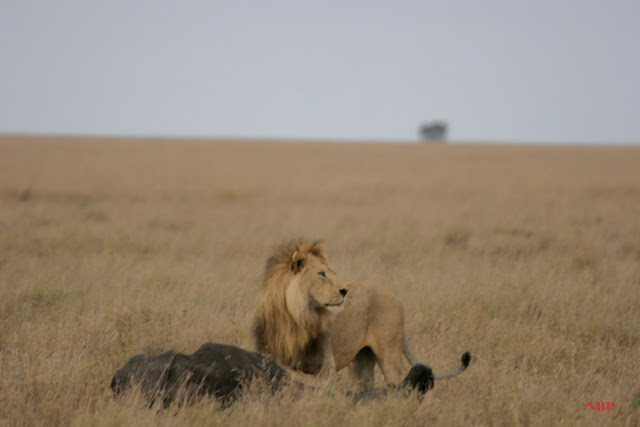 This male took down a Wildebeest and soon started to call for a female that eventually arrived.

Example letter, please cut and paste and change to your liking.  Thanks to Emile DeVito Ph.D. of The New Jersey Conservation Foundation for its authorship.  Send your finished letter to
ubalozi@tanzaniaembassy-us.org
or
NBP@comcast.net
January 9, 2011
Embassy of the United
1232 22nd street NW
Re:
SERENGETI NATIONAL PARK HIGHWAY

Dear Honorable Representative of the United :
For decades we have witnessed poorly-conceived development projects that exacerbate urban sprawl, and foster decline of rural and natural landscapes.   In the short term these projects sometimes looked advantageous but in the long term they were not good for the area or the people.
Highways through protected parks, forests and natural areas slowly destroy long-term ecosystem function. Remnant ecosystems severed by such poorly conceived projects eventually degrade and fail to support the wildlife they are intended to protect.
is a worldwide natural gem, and should not be sacrificed for the insatiable resource extraction needs of our human society. If the true, long-term costs of the destructive impact to and the future of both nature and humankind were to be factored into the cost of extracting the rare metals, the project would prove to be unwarranted.
Please do not allow your wonderful nation of to succumb to the greed of the material world, and sacrifice one of the world’s greatest treasures that you have stewarded so wonderfully, in the face of overwhelming odds, for so long.
Thank you for your consideration.
Sincerely,